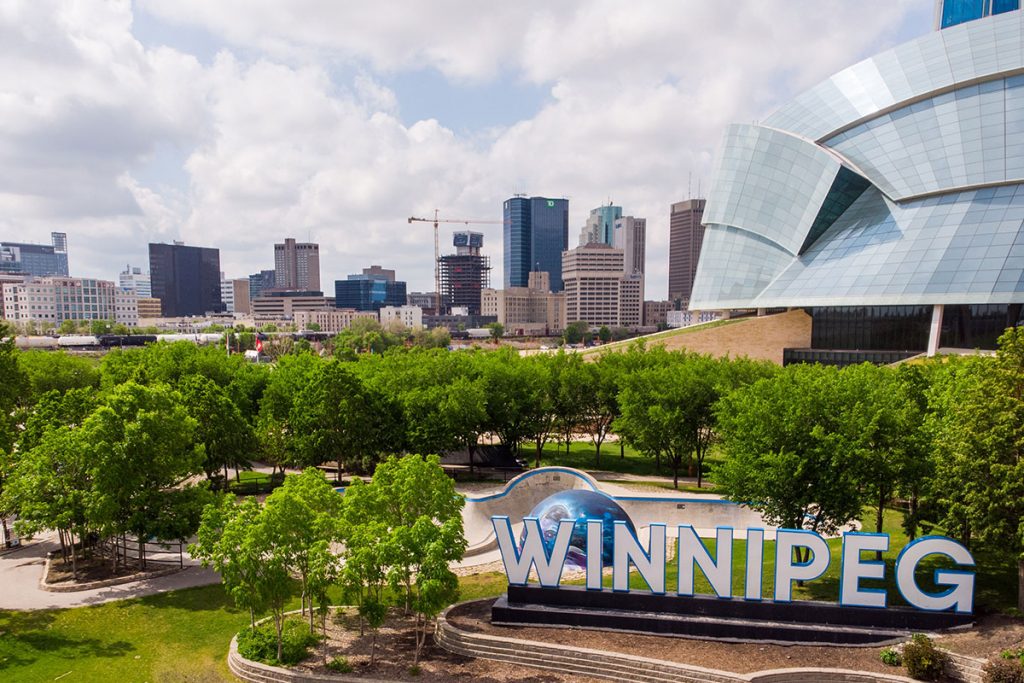 Peg is excited to announce the launch of a Voluntary Local Review (VLR) to evaluate and advance Winnipeg’s implementation of the United Nation’s Sustainable Development Goals (the SDGs). The VLR, expected to be completed in September 2021, will place Winnipeg among the first Canadian cities to report local development progress and challenges to the United Nations.

A VLR is a sub-national, data-driven review of efforts to achieve the SDGs. Municipalities around the world are increasingly producing these reports to formally measure their progress toward the UN’s 2030 Agenda and its central pledge to “leave no one behind” in the effort to improve life on Earth. The SDGs represent the commitment of all UN Member States to eradicate poverty in all its forms, end discrimination and exclusion, and reduce the inequalities and vulnerabilities that leave people behind

Winnipeg’s VLR will promote engagement with citizens, the federal government’s sustainable development strategy, and a global network of peer cities that also track their progress toward the SDGs and share their own VLRs.

“The pandemic has brought a lot of hardship and accelerated disparity in our community.  And it has offered a pause – a chance to think about the kind of city we want to be. The VLR is like a mirror; it will reflect back our strengths as a community and our challenges. We are at an important crossroads in a city full of potential. The VLR will inspire discussion about the kind of city we want and identify the individual and collective action needed to get there. The time is now.”

An Advisory Committee of representatives from the non-profit sector, local government, and academia are generously contributing their expertise to provide strategic direction and support the VLR process.

Peg, Winnipeg’s interactive data dashboard, provides reliable and credible data and analysis on more than 55 indicators that shine a light on economic, environmental, cultural, and social elements of life in Winnipeg. Led by two partner organizations—the International Institute of Sustainable Development (IISD) and United Way Winnipeg—Peg is fully aligned with the SDGs, placing local indicators like Core Housing Need, Life Expectancy, Children in Care and High School Graduation Rates into a global context. With its local-global alignment, Peg is well positioned to inform the VLR process.

“Cities are asserting their voices at UN forums and international negotiations, saying “We are where 80% of people in the world live, we need to have input on the global push for the Sustainable Development Goals.” By completing its VLR, Winnipeg adds its voice to that chorus.”

The VLR is also an opportunity to advance and build upon the approach of OurWinnipeg 2045 – the 25-year development plan to provide vision, goals and policies to guide everything the City does. Choosing to align Winnipeg’s local priorities with the UN Sustainable Development Goals and sharing a VLR puts Winnipeg in a group of cities using the same language and data to discuss development wins and obstacles. In addition to delivering on our commitment to local transparency, this VLR continues our work raising Winnipeg’s profile on the international stage.

IISD and United Way Winnipeg have managed Peg for ten years to create a rich, reliable dataset shaped by wide community consultation. The VRL process will be a valuable chance to examine how Peg data and our City’s vision can move us together toward a more equitable and compassionate future, together.