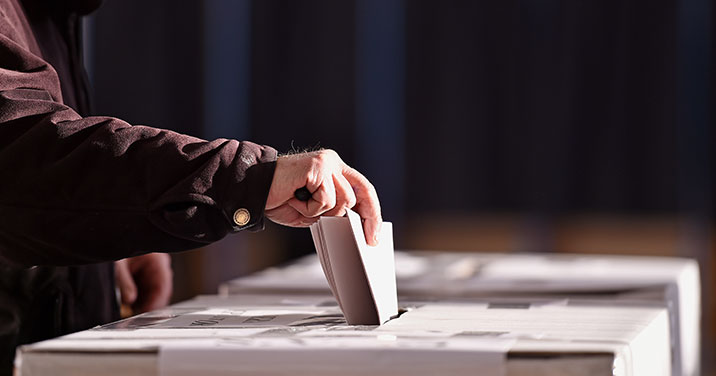 The results are in for the 2019 Canadian federal election held October 21, 2019. Canadians made their way to the ballot boxes to elect members of the House of Commons to the 43rd Canadian Parliament. For Winnipeggers, this is the third election in the past year, following last month’s provincial election and the 2018 municipal election.

Comparing the federal and municipal election

In Winnipeg, 64.98 per cent of registered electors voted in the federal election. This is only slightly below the federal national voter turnout of 65.95 per cent, but a significant increase from Winnipeggers’ participation in the 2018 municipal election. Our city’s municipal voter turnout was only 42.33% of registered voters – the lowest turnout for Winnipeg since the 2006 municipal election despite a record high advance turnout.

Winnipeggers are passionate about their city. The municipal election included a vote on the opening of Portage and Main preceded by a wave of support including an on-site Festival with local musicians, artists, food and drinks. But this support didn’t translate at the polls – the turnout was low and Portage and Main remains closed to pedestrians indefinitely. If a contentious issue like the opening of the infamous intersection to pedestrian traffic wasn’t enough to get Winnipeggers to the polls, how do we encourage a higher voter turnout?

Why is voter turnout important?

An election is the most fundamental process of democratic engagement and voter turnout can be a good gauge of the overall health of our democratic system. In striving for Sustainable Development Goal 16: Peace, Justice and Strong Institutions, a high voter turnout generally indicates inclusivity in elections.

Within populations, it is common for some groups to be better represented than others. The largest contributing factors to turnout are age, education and income. Young adults, new Canadians and others who may be less educated on the voting process, the political system and the importance of exercising their right to vote may be less compelled to vote in an election. Further, those less likely to vote – such as visible minorities and marginalized groups – may find the issues that matter most to them are least likely to be reflected in the policies put forth by legacy political parties.

What is the impact on our communities?

A high voter turnout generally means more groups are represented in the election and, with a city as diverse as Winnipeg, we need to continue educating people of all ages and income on the importance of voting and how to vote. A stronger political voice among diverse groups can translate into an improved sense of belonging and a well-represented society.

Be the first to know when new local data becomes available on MyPeg.ca and track progress with us. Subscribe to our newsletter.